There are a number of urban myths out there. Some we all hear and dismiss. Some we hear and aren’t sure about. Yetis. Women giving birth to rabbits. Paul McCartney is dead and was replaced with a body double. Lord Lucan is living with Elvis above your local chip shop. 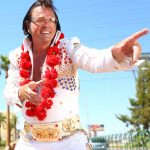 Stories float around us all the time. Some strike a chord. And some are obviously nonsense.

One of the urban myths we hear referenced a lot is that London has different area codes for the ‘business district’. Some people still ask us for a 0207, 0208 or 0203 area code.

This is an urban myth.

The London area code is 020. There are no preferable areas. No ‘inner’ or ‘outer’ London. No secret numbers getting you through to a hidden business district.

Ofcom (the Legislative body administering the UK’s phone numbers) tackled this issue way back in 1995.

This was the time of the “PhONEday” campaign (you may have seen the adverts). This was the day that the UK telephony system altered all the area codes. Regional area codes changed, including the codes for London.

Out went the old London codes, and in came a new set. This was done to create the capacity for new phone numbers. It generally meant area codes started with a ’01’, followed by the old digits.

The next change came in 2000, when the old London codes changed to ‘020’. This was called the Big Number Change.

This was the start of the numbering system currently in use.

It’s been quite a journey to get here though. Here is a timeline of how things have changed:

In 1846 various Telegraph companies were formed and began functioning. These were regulated in 1868.

In 1876 Alexander Graham Bell invented the phone (but of course you knew that!)

From 1882 the British Postmaster-General issued the first official licenses to operate a telephone service in the UK.

A mixture of Post Office and private companies took the first licenses, and this mixture ran the country’s phone system until 1912. It was after this that a formal, nationalised service first emerged. In 1912 the GPO (General Post Office) took control of most of the private exchanges.

London local exchanges were first set up and designated with the number ’01’, in 1958.

In 1982, the UK Government announced the plan to privatise British Telecom, and BT became a public limited company in 1984.

Meanwhile, 01 remained the London area code. This stayed the same until 1990.

After this, London was split into two areas – Inner London and Outer London.

This is probably the start of the confusion some still have over London numbers. It is understandable that some would prefer to have an Inner our Outer London area code. Those in the finance industries, for instance, would like to be seen with an Inner London area code, as this is the heart of the financial district. This is a myth, however, and does not reflect how the city’s phone numbering actually is.

We sometimes need a reality check. We need to accept London phone numbers changed some time ago, and accept the change.

More on your options regarding phone numbers
More on forwarding numbers