There are a number of ways in which companies try to impress customers. 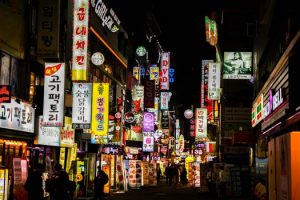 A gaudy, illuminated sign over a shop window, for instance, lets everyone in the street know where they are.

Or an expensive reception desk, in a polished wood carved from the heart of an endangered tree somewhere.

But there is an option a lot of companies miss. It is simple, and probably applies to more companies than an expensive sign or over-priced teak desk. Certainly to more office-based companies, without much footfall from the public, which is far more likely to interact with customers on the phone, rather than those who walk in. This option is within your phone system itself. Or should be.

The question is – how to impress your customers when they phone your company?

To answer this, let’s take a step back for a moment. Think about two different scenarios.

In the first, you have called a major national chain. You phone a nice, easy to remember number. Your call goes through, and you first hear some music. This is followed by a nice message telling you of all the services they provide, and any awards they have won. An educated voice tells you nice things about the company in calm, reassuring tones. You then go through to the company’s IVR menu, asking which department you wish to speak to and giving the appropriate button to push on your keypad. You push button one for sales, or two for accounts, and your call is directed to the appropriate person.

Now let’s look at the second scenario. In this one, you have called a local tradesman. You dial on the only number you can find for him, which is his mobile. You either get through, in which case he will answer in his standard phone answering voice (bearing in mind he won’t know who is calling, and he could be expecting a call from his Mum). If he doesn’t answer, you hear a standard voicemail message provided by his mobile phone Provider.

From a Customer Point of View

Placing yourself in the shoes of a customer in these two scenarios, it is immediately obvious that one creates a significantly better impression than the other. One sounds professional, well produced and reassuring. You have the image of a large company in mind, one which can help, which is well organised. A company which is established and trustworthy.

The other scenario doesn’t give quite the same impression. You called a generic mobile number, which could belong to anyone. The number wasn’t a local or national code, and wasn’t memorable. Some guy answered with ‘Hello’, but could equally have said ‘Hi Mum’ if he had been expecting her to call. Or if he didn’t answer, then you heard a generic voicemail message that you’ve probably heard a hundred times before. It certainly didn’t encourage you to leave a message or talk to the company in question.

It doesn’t matter if you wish to discuss an invoice, place an order or discuss Christmas presents (if you actually are his Mum).

Using First Impressions to Your Advantage

Now we get to the surprising bit. With a VoIP service, you can place your customer calls in the ‘Scenario One’ bracket. Even if you are a local tradesman with no departments (sales, accounts or otherwise). You might not have any other staff, but you can at least have a nice, memorable number, with an area code local to your customers. You can have a professionally recorded message, read by a voice artist, giving interesting and relevant facts about your company. You can emphasise what makes you special, and highlight any achievements or awards. Or you can include a relevant message based on season, or holidays, or national events.

Even if you have no staff, the customer doesn’t necessarily need to know. They don’t need to know that all the button pushes go to one person working from home. As far as their first impression is concerned, they have heard your company message, a nice voice giving some interesting messages, and have now selected the appropriate department to talk to.

So which do you think makes the better impression?

Contact us to find out how we can help you sound amazing.